New research by the University of Central Lancashire (UCLan) has given rise to fresh calls for the government to regulate firefighters’ exposure to toxic gases in order to protect them from developing cancer as a result of their occupation.

In the first study of its kind, researchers have identified that firefighters’ risk of developing cancer is increased by dangerously high levels of harmful chemicals that remain on their protective gear following exposure to smoke.

The study, published today in Nature’s Scientific Reports, found that skin absorption, rather than inhalation, is firefighters’ leading cause of exposure to cancerous gases created during a fire, known as polycyclic aromatic hydrocarbons (PAHs).

UCLan researchers also discovered that the methods used to clean firefighters’ protective clothing and equipment are not effectively implemented. This causes the protective gear to be contaminated for its next use, and means the length of time that skin is exposed to fire toxins is increased.

This was the first UK study to identify the occupational exposure of firefighters to PAHs, and to establish whether particular practices may adversely affect their health. Wipe samples collected from firefighters’ skin, personal protective equipment, and work environment at two UK fire and rescue service stations were examined for the presence of cancerous PAHs.

At present, neither exposure to toxic gases nor their long-term effects on the health of firefighters are officially monitored in the UK, despite cancer deaths in firefighters growing steadily since the 1970s. Across the majority of Canada and the US, certain cancers are recognised as occupational diseases amongst firefighters, and the number of fire toxins they’re exposed to is measured on a cancer risk scale.

“We have found that contaminated clothing and equipment is causing firefighters to be exposed to alarmingly high amounts of dangerous chemicals, which puts them at a greater risk of cancer.”

The research concluded that the risk of developing cancer in UK firefighters caused by skin absorption of toxic chemicals is as high as 350 times above the level that would action immediate government intervention in the US*. Firefighting remains an unregulated occupation in the UK in terms of long-term health protection, whereas other occupations, such as hairdressing, are considered high risk.

Anna Stec, lead researcher and Professor in Fire Chemistry and Toxicity at UCLan, said: “We have found that contaminated clothing and equipment is causing firefighters to be exposed to alarmingly high amounts of dangerous chemicals, which puts them at a greater risk of cancer.

“It is time for change. If this level of toxic exposure was found in the US or Canada, Government would immediately put measures in place to monitor the health of firefighters and address this. Countries across Europe are also tackling this problem, with Norway, Sweden and Finland working toward identifying their own solutions.

“The UK must do more to tackle the growing issue of cancer in firefighters – we already know the incidence of cancer is higher amongst this profession compared to the general public, and that it is their leading cause of death. We have now identified skin absorption as their principal source of exposure to cancerous gases. Government needs to protect those working to save the lives of others by providing them with the best preventative medical care, education and support, whilst investing in guidance and research to ensure best practice is adhered to.” 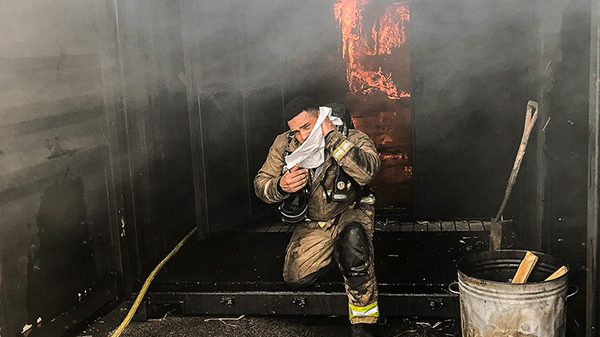 Wipe it Off – Don’t Take it Home 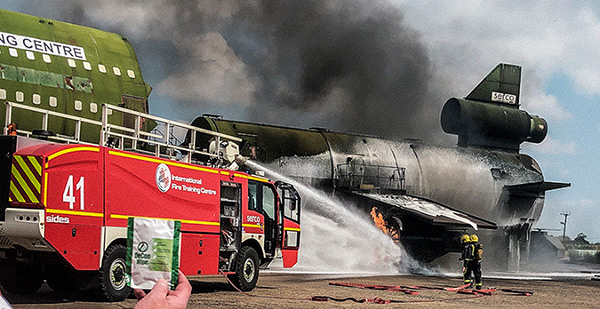 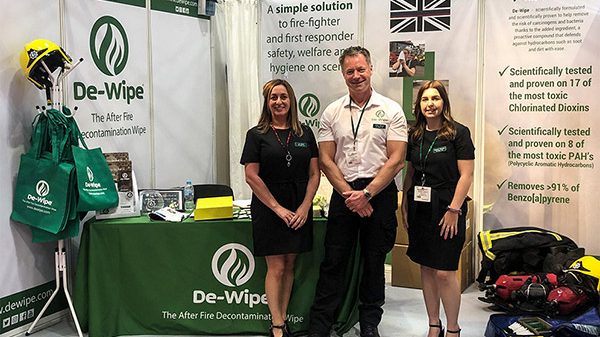 Thanks for Joining Us at The Emergency Services Show 2019